Martha Skelton was a quilter of our time whose work is now in museums across the country.  I became interested in her when I found the first quilt in our tour today.  I thought it was an antique because it so closely follows the feel of quilts from the 1800's.

I picked up the book, Martha Skelton: Master Quilter of Mississippi, at our public library and it is such a treat.  It's one of those you can sit and look at for hours. The book contains photographs of over ninety of her more than 200 quilts.

This is excerpted from the jacket cover:

"Like all art forms, quilting has its masters, and Vicksburg, Mississippi's Martha Butcher Skelton is among them.  Noted quilt scholar Mary Elizabeth Johnson chronicles Martha Skelton's life and her development into one of America's foremost quilt artists.

Born in West Virginia, Martha Skelton was reared in Oklahoma.  Her interest in quilting began when, as a girl, she watched her mother and aunts make quilts and enjoy needlework.....

Having completed more than two hundred quilts, Skelton has been recognized as a master quilter and teacher of the craft."

She was the featured quilter for the 1974 Smithsonian Festival of American Folk Art, and was featured again in 1997 during the annual festival.

The American Quilting Society has named her one of the top 20 quilters in the United States. Her work celebrates historic quilts and, as we'll see this week, is absolutely superb.

Join me as we take a look at the amazing work of Mississippi's Miss Martha. 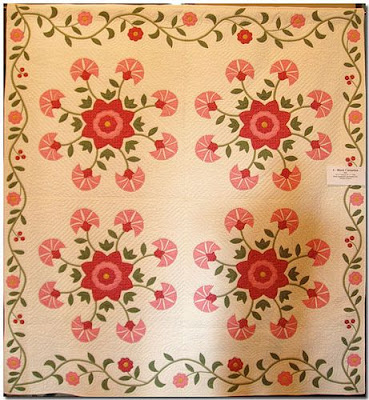 I love the borders on this one! 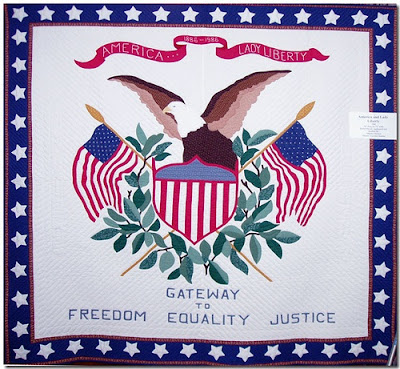 Martha designed and made this to enter in New York City's Museum of American Folk Art "Statue of Liberty" quilt contest in 1986. 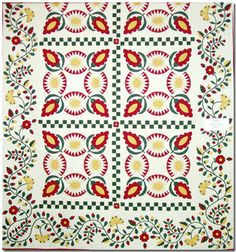 The picture really doesn't do this one justice.  The intricacies of the borders and the sharp points in the sunbursts are truly spectacular. 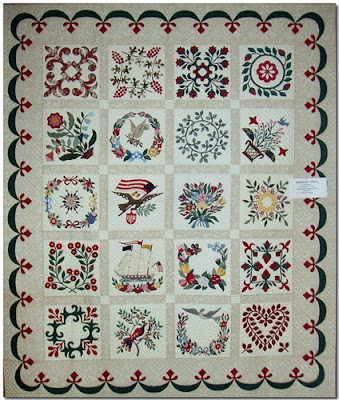 I love the color choices and simplicity of designs in this Baltimore. 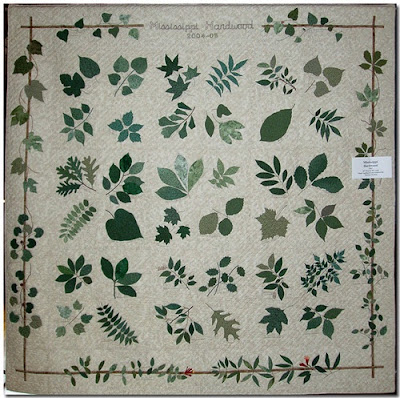 I love this one.  It speaks to me of Martha's love for Mississippi and her farm, on which the trees grow that supplied the leaves for the silhouettes.  The vines for the borders are wonderful and each set of leaves is labeled with its scientific name.


Thanks for taking this tour of Martha Skelton's Quilts with us!

PLEASE NOTE:
- I am not a quilt historian.  I simply enjoy finding interesting quilts and sharing them with you!
- The quilt images on this post were sourced from Pinterest unless otherwise noted, and are linked to their origin whenever possible.