Saturday at the Quilt Museum - Storm at Sea, Part 1

So, here we go with Storm at Sea Quilts!  In trying to place the dating of this pattern, the best I've been able to determine is that it probably originated in the early 1900's.  I've not been able to find any 1800's examples and Barbara Brackman's Block Base lists one from 1932.  So most of these are rather modern.  And there are so many beautiful ones!


Storm at Sea
Grey and Maroon 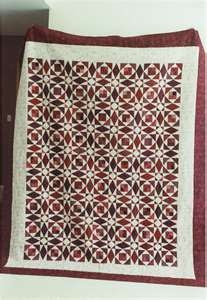 I just found the picture, no information about the quilt at all.  This is a good example of a two color rendition of the pattern with some variations in the intensity of the maroon. 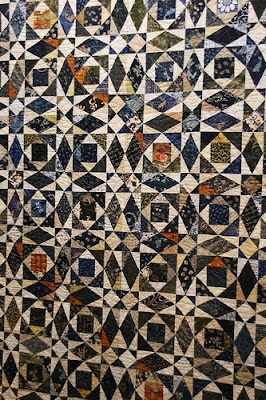 This very scrappy version appeared at the Australasian Expo and Quilt Show in 2008.  The use of rust/orange scattered about, gives it a lot of interest and movement. 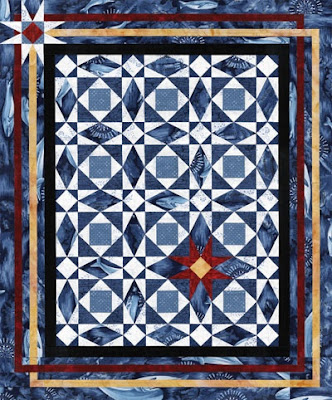 This one is not a finished quilt, but a pattern for one.  It is called Red Sky at Night.  The designer did a wonderful job of creating stand-out stars in the layout.

Don't you love the combination of Ocean Waves and Storm at Sea in this one?  And the colors are perfect for giving the overall feeling of the sea.  The focus on the two "circles" is brilliant. 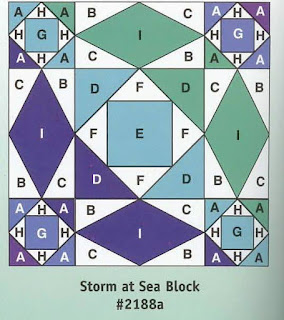 Just for fun, here is a complete Storm at Sea block.  It hails from Barbara Brackman's Block Base and was found on Pinterest and linked back to here:
http://geckoboxes.blogspot.com/2010/09/storm-at-sea.html

Next week, we'll take a look at some more Storm at Sea quilts, many of which are very striking and imaginative.


Thanks for joining us for our tour of Storm at Sea Quilts!

PLEASE NOTE:
- I am not a quilt historian.  I simply enjoy finding interesting quilts and sharing them with you!

- The quilt images on this post were sourced from Pinterest, unless otherwise noted, and are linked to their origin whenever possible.